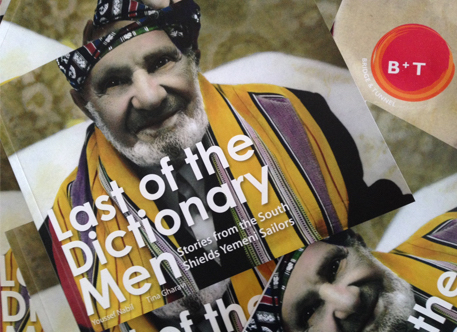 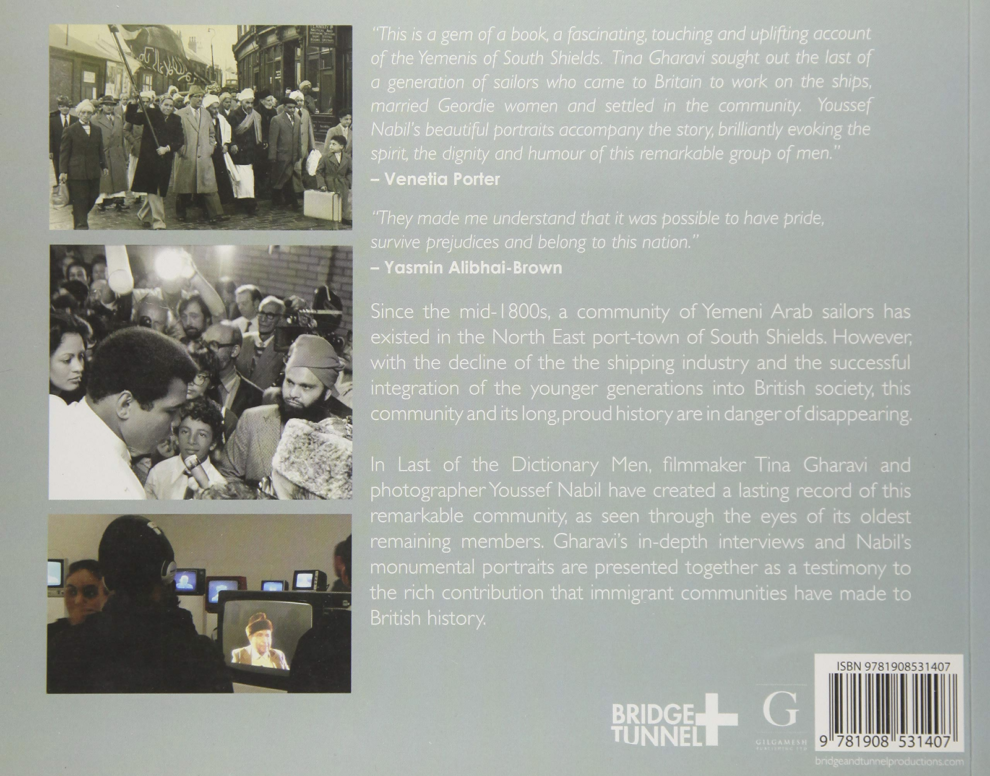 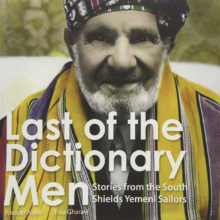 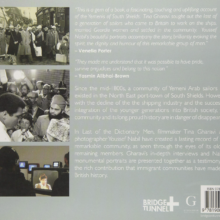 The Last of the Dictionary Men: Stories from the South Shields Yemeni Sailors

Since the 1890s thousands of Arab seamen from Yemen have travelled to the Northern port town of South Shields near Newcastle, the first permanently settled Middle-Eastern community in Britain. Last of the Dictionary Men, based on an exhibition that opened in 2008 at the Baltic Centre for Contemporary Art in Gateshead, traces the history of the British-Yemeni community through the stories of the fourteen surviving seamen from this first generation, known as the “Dictionary Men”.The nickname comes from the fact that Yemeni Arabic remains the closest to Classical Arabic, giving rise to the country’s nickname “Dictionary Land”. A history spanning a hundred years saw generations of seamen from Yemen settling along the River Tyne in England’s North Eastern region of South Shields, in search of new opportunities abroad. Far from the Arabian Peninsula, these seamen not only made South Shields their home, but some 800 of them fought and died alongside the British in the Second World War. To add to its intriguing history, South Shields is also home to Al Azhar, Britain’s first mosque, witness to boxing legend Muhammad Ali’s wedding in 1977.