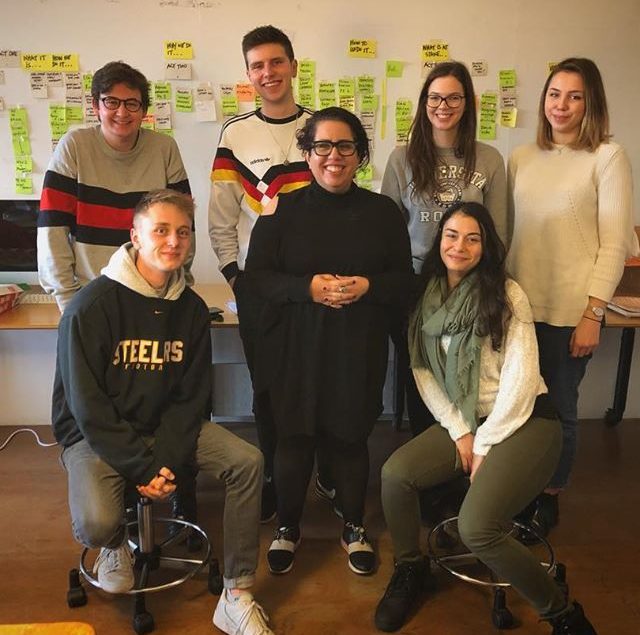 A recent placement student discusses his experiences with Bridge + Tunnel

“During my time at Bridge + Tunnel, I have had the opportunity to work on both creative and administrative tasks, and get a better insight into how a media production company produces their content. In accordance with their aims to produce culturally sensitive and experimental work, Bridge + Tunnel offer a communal workspace that is regularly occupied with staff members, student volunteers and other artists. The resulting dynamic has educated me on the importance of collaboration in the creative sector, where a project is often the amalgamation of various artists working in unison.

Over the last six weeks, I have been challenged not only by the depth of my tasks, but also by the wide-ranging subject matter of these activities. With that being said, the variety of this workload has developed my organisational skills, and often drew on my initiative when considering when to prioritise those tasks that require the most attention. To future interns, I would advise that you remain open to unfamiliar methods of work, for these tasks can be interesting and often very rewarding.

I have enjoyed the variety of the workload and the general insight my role has given me into the functioning of a media production company. On my part, I may have benefitted from being more proactive in my pursuit of work, such as requesting more editing work. The team is led by enthusiastic members of staff who are more than willing to listen to any interests or concerns raised by their colleagues. As such, I would encourage future interns to communicate regularly and effectively with your task manager, and raise any questions or interests in the work you might have.

A massive thank you to everyone at Bridge + Tunnel for being so accommodating during my time.”