Meet Wambui Hardcastle, one of the many talented young filmmakers that has walked through our doors here at Bridge + Tunnel. Below she recalls her experience with her recent project Mayonnaise Girl which she filmed with our support in late 2019:

“I’m an 18-year-old biracial actor and writer based in Newcastle-most of my experience is theatre-based so working on Mayonnaise Girl was a new exciting challenge to collaborate across art forms.” 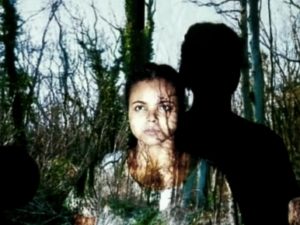 Wambui originally wrote Mayonnaise Girl as a poem for the 2019 Northern Stage Young Company show Where Do We Belong, and she admits that “Mayonnaise Girl is based off my personal experiences and reflections of being a young biracial woman. The project came about when I sent Mayonnaise Girl to director Ngozi Onwurah. I was first introduced to her at her screening of Welcome II the Terrordome at Tyneside Cinema in 2019, where I told her that I had written a piece about being biracial and likening the experience to feeling like I was made of mayonnaise. She showed it to her son, Kanayo Kuchler. Kanayo resonated with the piece and reached out to me about turning the piece into a short film and the rest is history.”

Mayonnaise Girl would then be filmed by two teams, one which filmed over the Atlantic in LA, and the other in around the North East. Wambui recalls that “Kanayo flew out to Newcastle last November to film Mayonnaise Girl. The core crew was 5-strong, made up of myself and Kanayo and 3 young artists from Northern Stage’s Young Company: Elizabeth Doyle, Aaron Martin, and Cooper McDonough. Kanayo was the director, I performed and produced, Elizabeth was the script supervisor, Aaron was First AD, and Cooper was Sound Operator. We were also supported by Dawn Furness, as production coordinator. We filmed across the North of England: along the A69 and in Cumbria, King Edwards Bay, Exhibition Park in Newcastle, Mayfield Studios, and also the underpasses at Swan House Roundabout.”

Bridge+Tunnel Productions played a key role in supporting the team, Wambui explains: “Kanayo and I used the Bridge+Tunnel space to edit our footage filmed on location, in preparation for our studio post production, especially as what we filmed out and about would be turned into projections to be projected across me as I performed. While Kanayo edited, I would help coordinate the next day of shooting with Dawn and communicate with Ngozi who was back in the U.S. We also used the B+T as a place to decompress – Tina had amazing nougat snacks that we will be forever grateful for! Bridge+Tunnel was also really helpful, providing us with essential public liability insurance and contracts for the crew.” 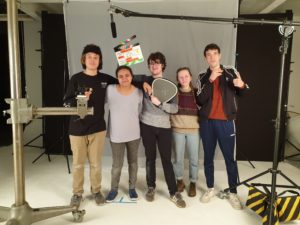 Bridge+Tunnel is a huge supporter of young artists and film makers and we were delighted to support Wambui with her project. Mayonnaise Girl encompassed exactly what we stand for in terms of diversity, challenging stories and innovation and we wish all the team the very best with their future projects!