A documentary film about a day in the life of two bakeries – one in the West Bank in the Occupied Territories of Palestine and one in an Ultra-Orthodox district of West Jerusalem. In each bakery, we follow the story of one Palestinian and one Israeli as they go about their daily tasks. This pilot is one in a series of documentaries that focuses on stories about bread and people across the world. This documentary has been developed as a double-sided video installation which has been installed in Shanghai at the Museum of Modern Art. 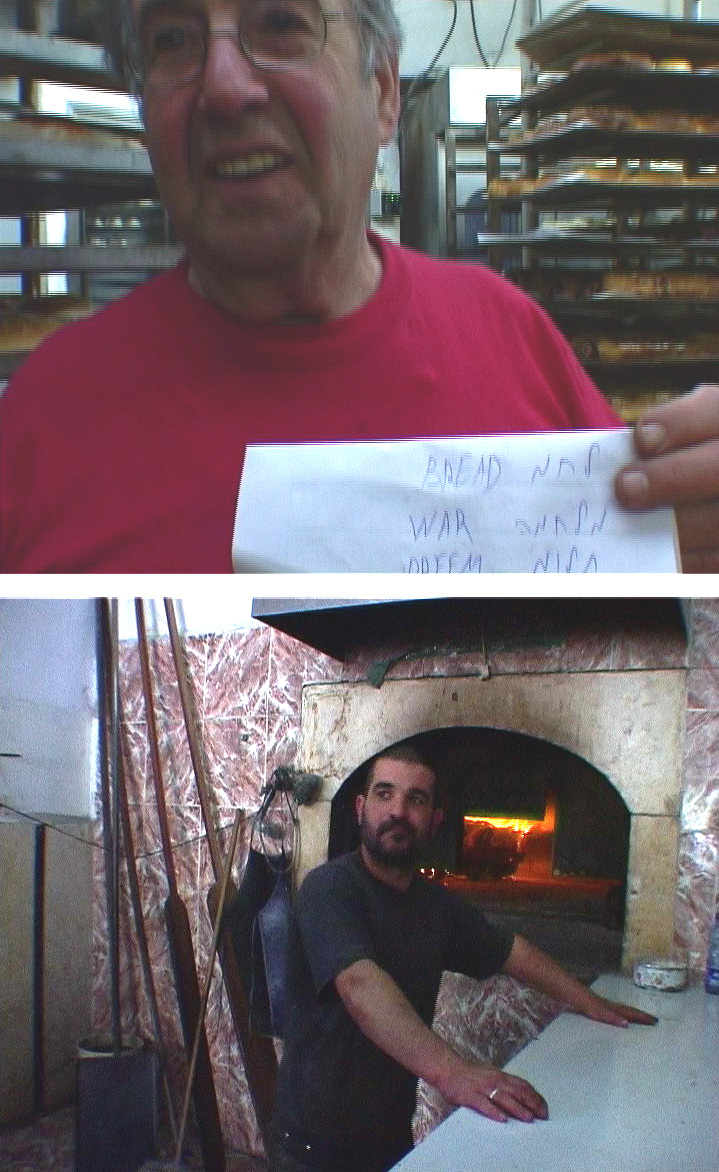