This is a film about the journey of a British University football team who are transformed by the events they bear witness to in the Middle East which force them to change their outlook on life.

In the year of the Arab Spring, a diverse London based team, head to Egypt armed with a football and a desire to engage with local communities. International news unfolds around them. With events ranging from the siege of the Israeli embassy in Cairo to bombings in Gaza the boys quickly see that this tour is about more than just football.

The worsening situation forces the team to rethink their agenda. Do they carry on with their journey into Palestine? The outcome of their decision and the subsequent events that follow make them realise that there is a greater goal in life.

Over The Wall provides a refreshing insight into this unique group of young men who, through their journey, challenge common perceptions of 21st century London, the Middle East, football and activism.

Jasper Kain and Matthew Kay’s first foray into the world of documentary. Matthew graduated in Film from Queen Mary’s in 2011, having previously made several short films. Jasper is a Politics and Social Anthropology graduate from SOAS University, who was co-President of the Students’ Union last year.

Both recent graduates of university they set out to document this adventurous tour on what proved to be a transformative experience. Upon their return they both felt impelled to make a documentary that can not only entertain and educate but also inspire. They are keen to show the importance of gaining knowledge through lived experience, provide stimulating representations of different identities and celebrate the power of youth taking a stand.

The pair traveled on a very low budget, with the essential equipment and a determination to capture this incredible journey that transformed all those involved. From interviewing Egyptians in the heart of Tahrir Square amidst the protests, to filming Palestinian children in a rural village singing their national anthem with passion, the trip was full of extraordinary experiences every step of the way. They developed close bonds with the team, as well as locals who engaged with the camera both as a means of expression as well as a point of reflection.

In order to enter Israel the cameras, as well as the nature of the documentary, had to be hidden. The recorded footage was smuggled through the border in the players’ suitcases. As a result the two filmmakers became inextricably linked to the tour and attached to the issues they experienced.

The documentary is about much more than just a football tour. Shot during enthralling times they capture several events that made front page news back home. By documenting the team’s personal experience, the film provides a humane insight into these events which are rarely found in the media. These young people express their opinions on the changing world around them and display increased awareness as a group eventually coming to find a political voice. 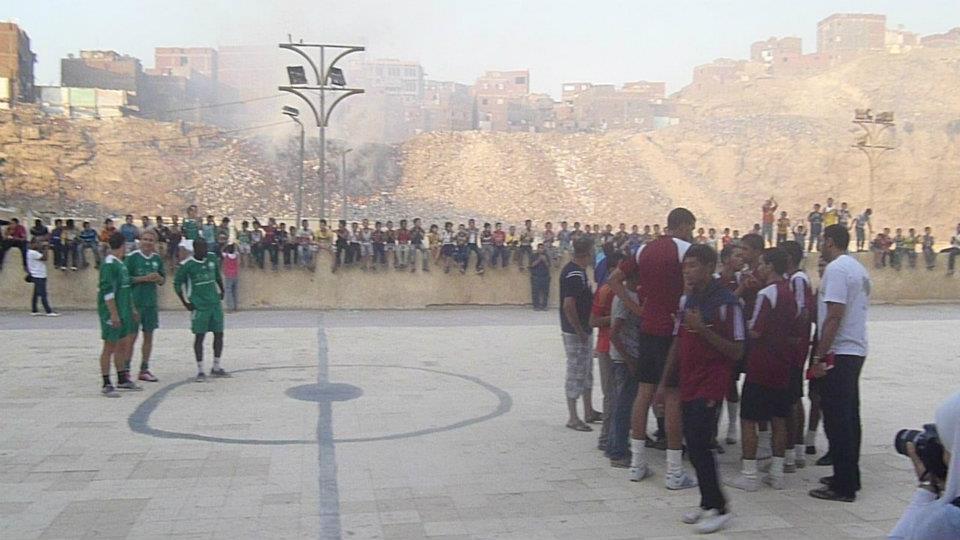