Produced with Tall Man Short Man Productions, Jamie Korn & Chris Bailey Tackle is the story of a young teenage footballer that faces the consequences of coming out to his friends and family as a homosexual.

Set against a remote, rural, Northern backdrop, we observe Daniel’s struggle to overcome and challenge misguided views and discrimination from his friends and family. Daniel is a talented Sunday league football player. Now 16, he has discovered whom he is and that he is gay. However, being true to this part of himself and open about his sexuality with conviction may be the biggest challenge he’s ever had to tackle.

The film observes Daniel over the hours before his first game of football the day after his sexual identity has been revealed to his parents and teammates. We follow Daniel on his journey to the match as his anxiety builds. Relations with his nearest and dearest fray as thoughts of the locker room prematch loom.

Wearing our influences on our sleeves I want to explore and borrow from the dramatic highs of Andrea Arnold and the subtle lows of Duane Hopkins and Steve McQueen while creating empathy for a Dardene Brothers-esque character. 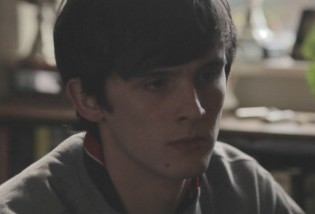