What if you met your hero, one of the most famous men of the twentieth century?
What if you ended up becoming his friend?

Two men: one the three times World Heavyweight Champion, self-styled ‘Greatest of All Time’ from Louisville, Kentucky, the other one a white working class amateur boxer from Newcastle. The King and I provides a fascinating insight into an incredible friendship spanning five decades and two continents.

Like any other fan, Russ never imagined that his dreams would become reality. But in 1977, hearing that Ali had come to Newcastle on a promotional tour, Russ seized the once in a lifetime opportunity to meet his idol. Approaching Ali in a local gym, Russ recited his poem to him. But this was not a ‘once in a lifetime’ meeting. Instead it proved to be the beginning of an unlikely and astounding friendship that undoubtedly shaped the life of this charismatic Geordie.

This is a documentary about how a fan became a friend, and what it means to dedicate oneself to something completely. It is also about the cost of being ‘the Greatest’. 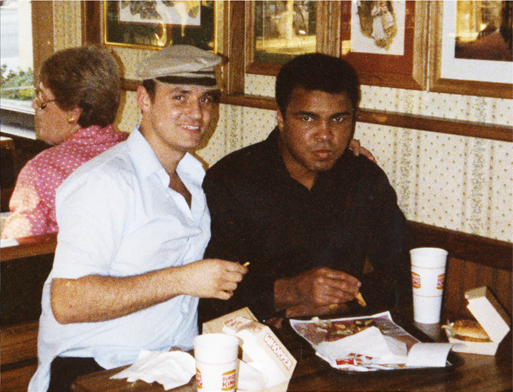